Now joined by Andy, we decided to head to the northern end of the ridge and make a traverse of the north skyline.  We started from Sligachan and went up the NW ridge of Bruach na Frithe at grade 2.  We then moved on to the Bhasteir Tooth.  After a 'team talk' we decided to climb the tooth direct via Naismith's Route (V.Diff 35m).  This was Sean's first rock climb and was a great achievement as its an intimidating looking pitch.  We then climbed the steep bulge onto Am Basteir and continued up the west ridge of Sgurr nan Gillean (mod) and then descended the SE ridge at grade 3.  A really great day out and taking on some of the finest Cuillin peaks and climbing.

The weather then decided to remind us we were on the west coast of Scotland on the 1st.  We walked up to Coire Lagan thinking we may do some rope work on the slabs until to wet to continue.  Once in the coire we were pleasantly surprised that the horizontal rain was noticeably warmer than on the previous days.  An ascent of the Inaccessible Pinnacle had been a very slim plan B but was not looking out of the question.  We pushed on to the start of the route, had a 'team talk' again in the bivi shelter and decided to go for it.  The horizontal rain, zero visibility and Sean's sound effects made it an atmospheric ascent and one of my most memorable I'd say!

Well done and thanks to all over the 4 days for their enthusiasm.


Its also worth pointing out that there was a serious rock fall on the Cioch on 31st that resulted in one death and a number of casualties, sad news.  I believe it was on Cioch Direct so anyone thinking of climbing in that area may want to do a bit of investigating about the state of the route. 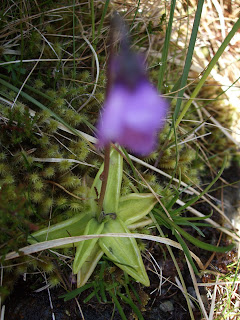 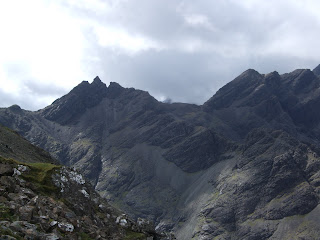 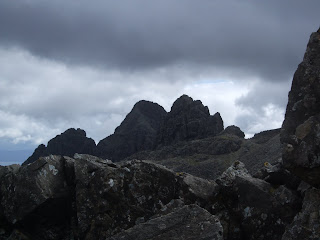 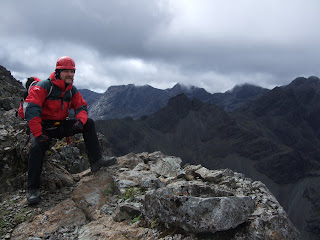 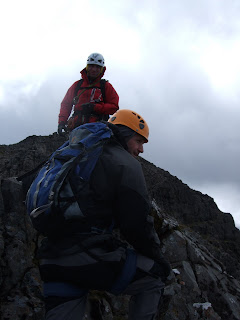 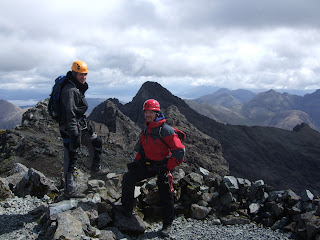 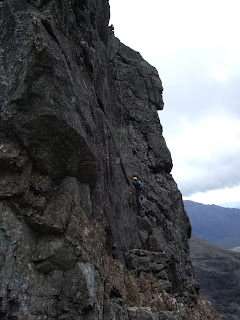 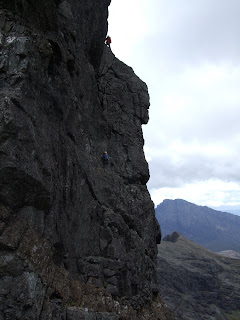 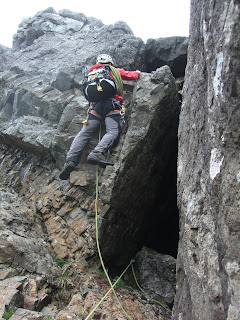 Bulge onto Am Basteir 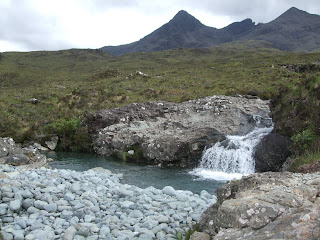 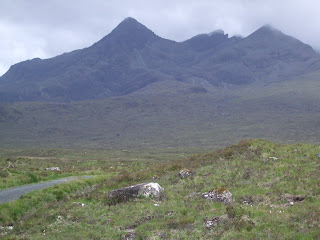 The northern skyline - our traverse 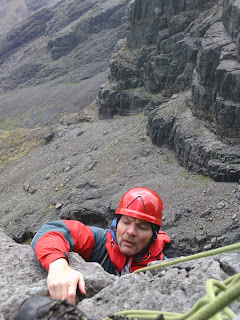 Andy about to finish Naismith's 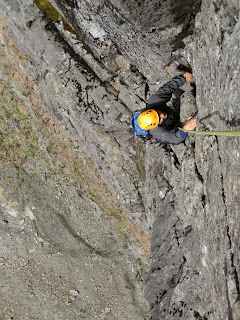 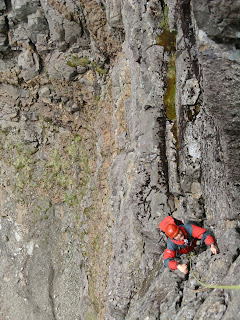 Andy on Naismith's retrieving the gear 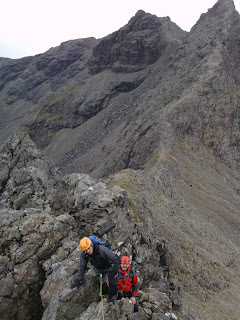 Skye Mountaineering - 29th and 30th May

After a very windy and damp day introducing Sean to grade 2 scrambling and some mountaineering rope work on 'The Spur' scramble on Sgurr an Fheadain, we decided to step things up abit for the better weather due on the 30th.

Joined by Janet, we decided on an ascent of the 'great stone chute' to gain the summit of Sgurr Alasdair.  After this we scrambled onto Sgurr Thearlaich and then headed towards Sgurr Mhic Choinnich taking in 2 abseils and looking at set up and prussick back-up.  We then took Collie's ledge to gain Sgurr Mhic Choinnich and then descended to the bealach before a surf down An Stac screes.  A great day out and good taster of the various terrain encountered on the Cuillin. 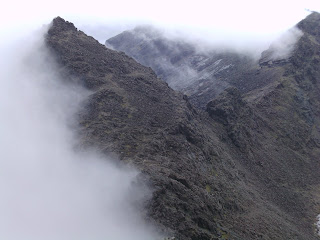 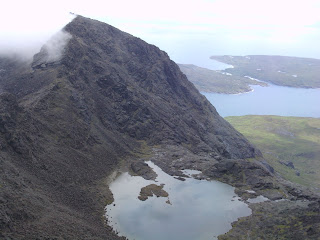 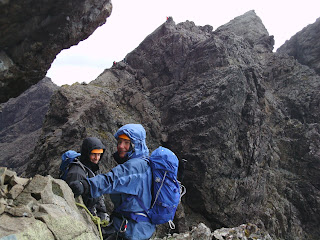 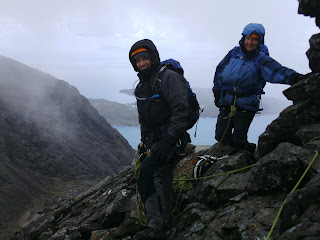 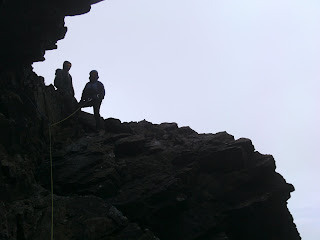 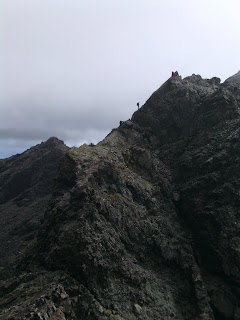 Another group on the first abseil
Posted by Paddy Cave (MIC) at Thursday, June 02, 2011 No comments: 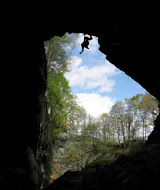